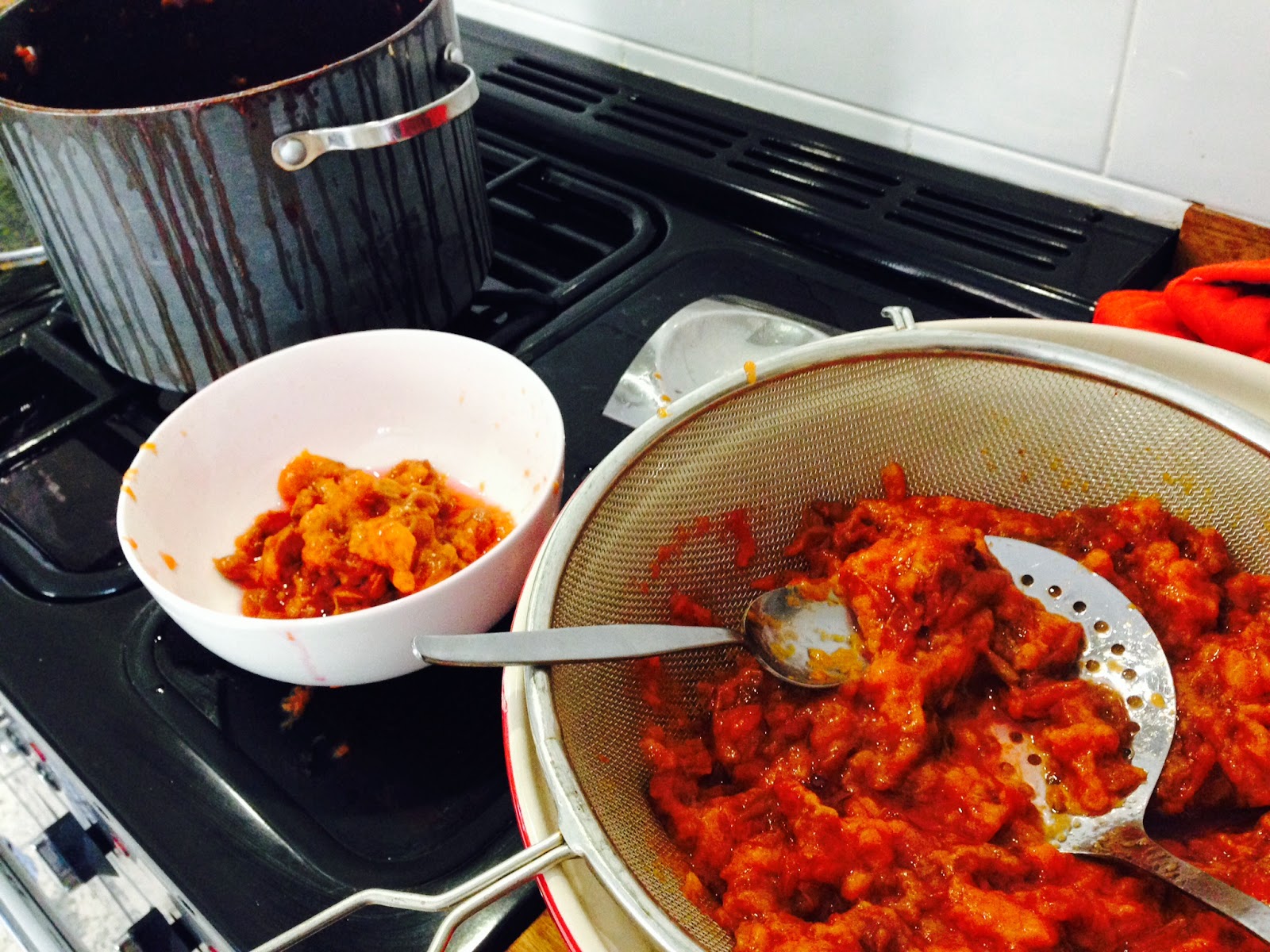 I was given a windfall of plums, this week, by my friend the Jammy Bodger. Today was my only chance of getting some jam made, as some of the plums were starting to look a bit mouldy.
I love making jam. But I make such a horrible, sticky mess that the processes of washing up, and scraping dried jam juice from my oven and pans take the edge off the occasion.
Today was no exception. Well actually, it was an exception, because today I made more mess than I've ever made, before. I let the pan boil over; the bowl I used for the stones and the skin wasn't big enough, so plum juice dripped down the sides, onto the worktop, and down the cupboard door.
For a while, I wondered why on earth I was creating such chaos for myself, when normally, I would at least try to keep things organised.
Eventually, I realised what I was doing; I was inappropriately multi-tasking, resulting in something Not Quite Right. Whilst the plums were bubbling away, I went off to do some jobs on my laptop, in another room. One of the jobs on my long to-do list for today involved making a phone call. The phone call reminded me that I needed to send someone an email; and when I opened up my email inbox I found 3 emails I needed to respond to. In the midst of this, I could hear my oven timer beeping, telling me it was time to dredge the skin and stones from the bubbling pan in the kitchen.
So then, it was no wonder I was finding the process of making jam very frustrating; the emails I needed to take action on seemed difficult to do; and my to-do list was starting to annoy me, with my inner voice sarcastically mocking me: "Ooh, you think you're so clever with your list-making, why not add to the list just to prove how much you can do in a day!"
After an hour of pacing up and down the hall between laptop and sticky pan, I decided enough was enough, and focused on the one task. The jam-making. But I found myself rushing, trying to get on to the next task, whilst separating plum stones from flesh, and making a terrible mess of it. My patience was starting to wear thin.
At this point, I stopped, and thought about what was happening. Today I have had some big challenges to deal with, including life-changing decisions which I'm now following through on; the to-do list had to be completed, it couldn't wait until next week because I'm back at work; the jam needed making before the fruit rotted away; and it's Friday. Fridays are supposed to allow me to be a bit more gentle with myself, instead of over-analysing, over-reaching, and doing too much at a time. No wonder I was feeling impatient.
I changed. I took a deep breath, and completely focused on those plum stones. I had over 3Ibs of plums to go through, which were checked carefully before placing back in the pan. I ignored the mess, I'd clean it later. I just concentrated exactly on the task in front of me. I began to enjoy it. A sense of fulfilment about completing the task filled me, and at the end, I had a taste of the fruits of my labour: not too sweet, slightly sharp, and with a hint of spice.
That pretty-much sums up my Friday! 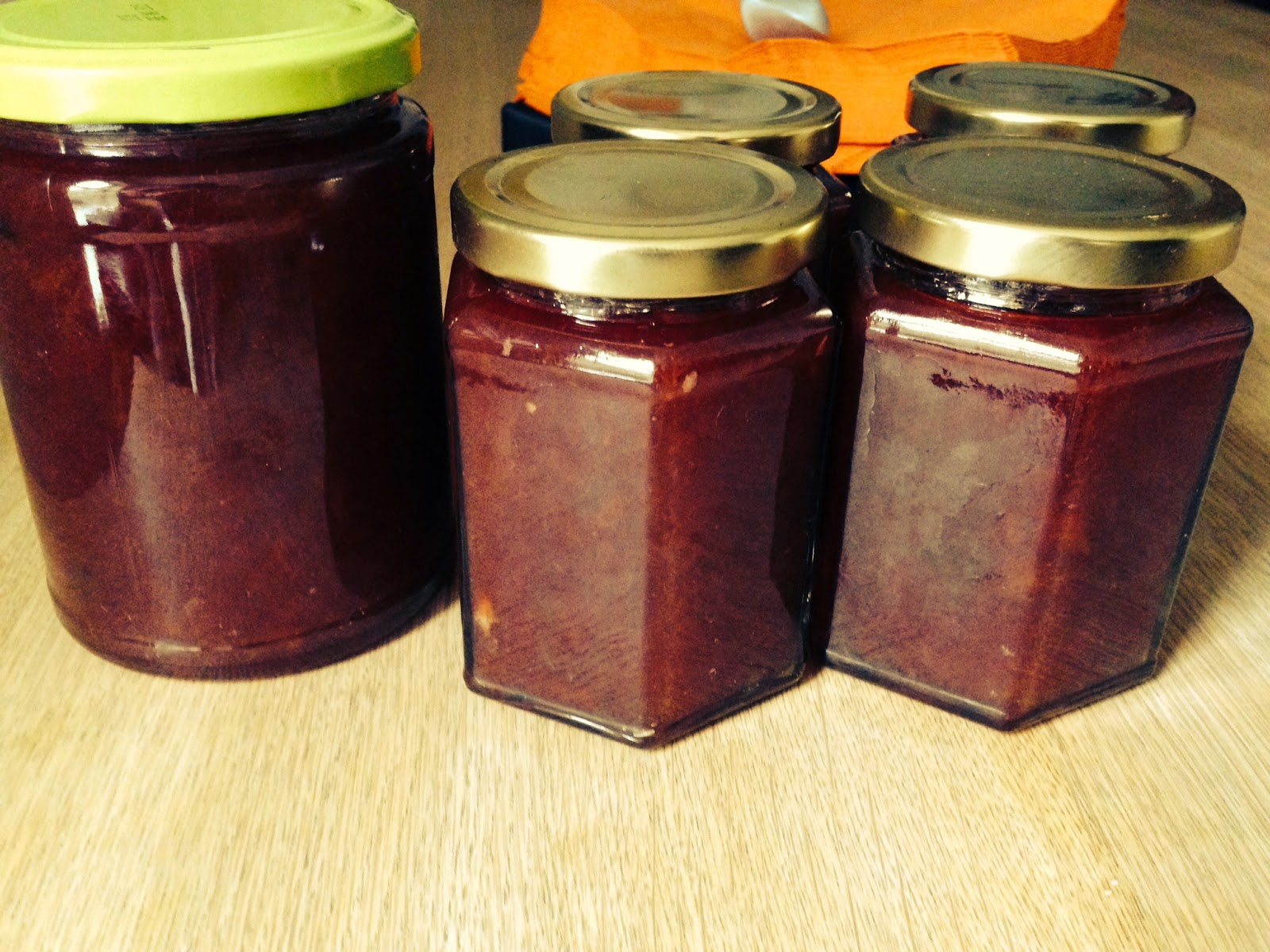